50% of our users receive 0 matches after 1 week of creating an account. This is primarily due to their lack of liquidity, effort, competition, and attractiveness. The Breaking Geo Boundaries project focuses primarily on addressing the issue of liquidity, and to a lesser extent, competition. Lack of liquidity stems from users being in low-density areas, disproportionately high Male:Female ratio in their country/locale, and/or not having enough people of a particular preference (i.e. sexual orientation) in an area.

01. Give users that are in low-density areas more people to swipe on, thus creating more potential matches.
02. Improve revenue, engagement, and retention among this demographic of user. 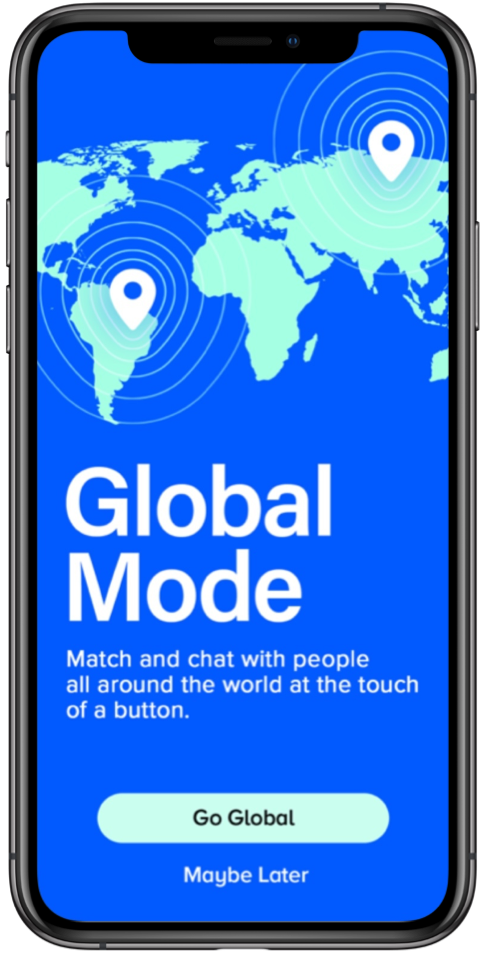 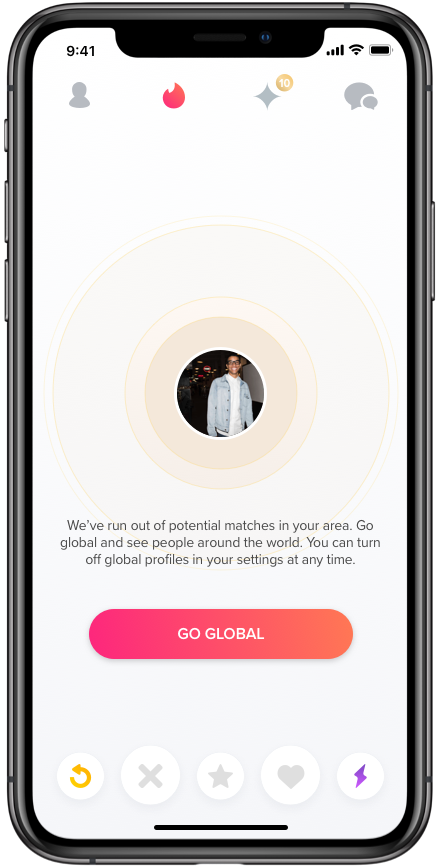 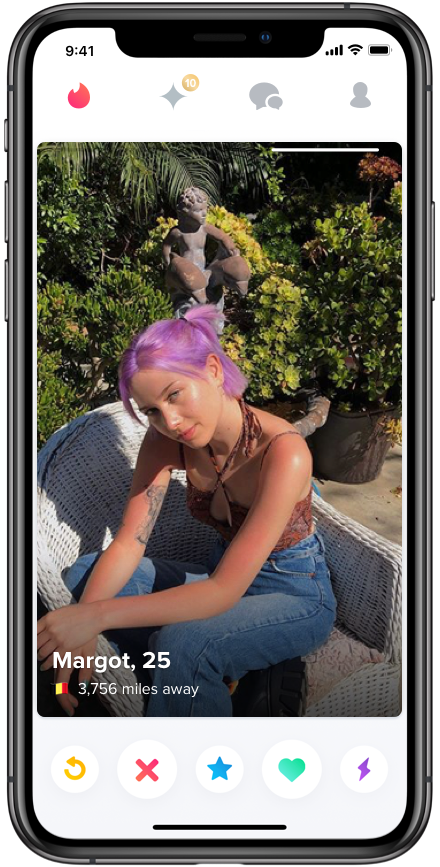 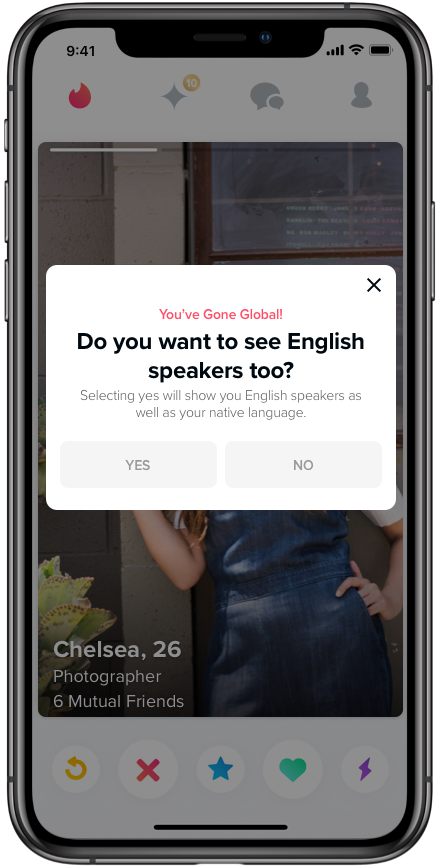 We also played around with allowing the user to immediately go into Global Mode via the navigation. If you are not in an English speaking country then you will be prompted with a modal that asks if you want to see English speakers that way they can join a larger pool of users.

Once the user enters global mode, the flame turns into a globe for a short amount of time in order to give the user feedback that they have indeed entered into Global Mode.

Likes Received were up 7.8% and 2-Way Conversations improved by 4.6%. However, significant declines in efficiency (swipe-right-rate, match-right-rate, match-to-conversation rate) and declines in retention driven were seen during the first few weeks of the test. These results has us rethinking how global mode may be implemented in the future iterations.